Sports And The Law: A Conversation | Speakers

SPORTS AND THE LAW: A CONVERSATION

Jeff Gewirtz is the Executive Vice President of Business Affairs and Chief Legal & Compliance Officer for BSE Global (BSE). Gewirtz joined BSE in May 2007 as Senior Vice President and General Counsel, and he was promoted to his current EVP and CLO position in 2010. He also previously served as BSE’s Chief Administrative Officer.

Gewirtz is responsible for advising BSE’s ownership and his executive management colleagues on key business, strategic, and legal matters, including for the Brooklyn Nets, Barclays Center, the NBA G League’s Long Island Nets, the NBA 2K League’s NetsGC, and the WNBA’s New York Liberty. Gewirtz has oversight for all corporate, commercial, transactional, media, litigation, and day-to-day business and legal affairs for the BSE companies. Gewirtz also works closely with management of Barclays Center on a wide-range of critical arena operations and event programming initiatives. He additionally has oversight for BSE’s external affairs function.

Gewirtz was a key member of the negotiating team for BSE’s most significant commercial initiatives over the past several years, such as: the 2012 relocation of the New Jersey Nets to Brooklyn; development of the $1 billion Barclays Center; the 2015 relocation of the New York Islanders to Barclays Center and oversight of all legal affairs for the Islanders’ business operations through 2019; team and arena ownership transfer transactions in 2010, 2016, 2018, and September 2019; re-development of NYCB LIVE, home of the Nassau Veterans Memorial Coliseum; development of the Brooklyn Nets’ state-of-the-art practice facility, the HSS Training Center; acquisition of the Webster Hall business; and BSE’s media rights alliance with YES Network.

Gewirtz was named to the 2019 United States GC Powerlist by The Legal 500 and in 2015 his legal department was named one of the top 50 in-house legal departments in the United States by The Legal 500. In addition, Gewirtz was named 2014 Sports Counsel of the Year by the Association of Media & Entertainment Counsel, and in 2009 Gewirtz was selected to the prestigious “Forty Under 40” by Sports Business Journal as one of the 40 top sports executives under the age of 40 in the United States. Gewirtz sits on the Board of Directors of the Sports Lawyers Association and he is a past Sports Committee Chair of the American Bar Association’s Forum on the Entertainment and Sports Industries. In 2017 he was appointed to the Board of Directors of the Brooklyn Volunteers Lawyers Project and in 2018 he was appointed to the Board of Trustees of the Women’s Sports Foundation.

Prior to BSE, Gewirtz served as the United States Olympic Committee (USOC) General Counsel and Chief Legal & Government Affairs Officer where he was responsible for all USOC legal matters, as well as the USOC’s government relations activities with Congress and federal government agencies. Gewirtz has also held positions with: The Coca-Cola Company’s Corporate Legal Division – as Global Marketing Counsel – where he negotiated many of Coca-Cola’s most significant sports industry transactions such as its $500 million+ NCAA Corporate Champion sponsorship and media alliance with CBS Sports; IOC Television & Marketing Services SA – as Director of Legal Affairs – where he served as lead counsel for the International Olympic Committee’s global sponsorship Olympic Partner (“TOP”) Programme in connection with the 2002 Salt Lake Olympic Winter Games and 2004 Athens Olympic Games; the LPGA Tour as General Counsel; and the WTA. He began his legal career as a corporate associate at the New York City law firm of Dunnington, Bartholow & Miller LLP.

A native of Baldwin Harbour, New York, Gewirtz is a graduate of Tufts University, where he was a four-year member and Captain of the Tufts Varsity Tennis Team his senior year, as well as a member of its New England Championship team. In 2016 he was appointed to the Tufts Athletics Board of Advisors. Gewirtz received his law degree from Brooklyn Law School, where he was the recipient of a three-year merit scholarship and from which he is a two-time recipient of its Alumni Achievement Award in Sports Law.

Gewirtz lives in Manhattan with his wife, Brooke Raphael, who is Vice President for Commercial with Phosplatin Therapeutics, and their two children, Eton and Dalia. 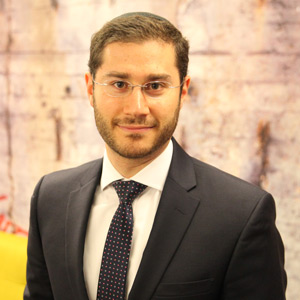 Russell is the Assistant General Counsel for BSE Global, where he is responsible for providing legal counsel for business and basketball operations of the Brooklyn Nets and Barclays Center, as well as the New York Liberty (WNBA), Long Island Nets (NBA G League), and NetsGC (NBA 2K League). Prior to joining BSE Global in 2015, Russell worked as an Associate in the litigation department of Schulte Roth & Zabel LLP.

Russell is a graduate of the University of Maryland, where he was the recipient of the W.E. Sclaretzki Prize for graduating first in the Philosophy Department. Russell received his law degree from Harvard Law School, where he was awarded the Edward C. Smith Scholarship, received the Paul C. Weiler writing prize, and served as a senior editor of the Harvard Journal of Law and Public Policy. 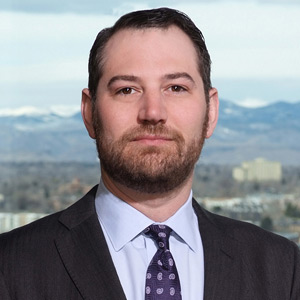 Matt Eisler is a partner in Hogan Lovells Corporate & Finance group and serves as the co-head of the firm’s global sports group. He executes agile game plans for complex corporate transactions, with an emphasis in the sports and entertainment industry. Recognized for his robust experience and precision with transformative entertainment venue and professional sports team transactions, clients turn to Matt for his pragmatic advice, user-friendly approach, creative problem solving, and keen insights.

Matt prides himself on taking a hands-on, client-focused, and commercial approach to transactions. From emerging to mature companies, and commercial or promotional agreements to strategic joint ventures, Matt operates with the dependable presence of a trusted teammate. He likes to think that his work and negotiating style represent a balanced blend of Colorado, where he has lived for over a decade, and New York, where he was born and trained.

Matt was one of the leaders for the Hogan Lovells team named as 2019 Practice Group of Year: Sports and Betting by Law360. Matt led the outside legal team that advised Mikhail Prokhorov on Onexim Sports and Entertainment Holding’s acquisition of the Barclays Center and Brooklyn Nets and the subsequent sale of 49.9% interest in the Brooklyn Nets to Joe Tsai and then in an agreement to sell full ownership of the Barclays Center and his 51% controlling interest in the Brooklyn Nets to an entity controlled by Joe Tsai. He also advised Mikhail Prokhorov on Onexim Sports and Entertainment Holding’s acquisition of a majority interest in the Nassau Veterans Memorial Coliseum. In addition, he worked with Brooklyn Sports & Entertainment on the acquisition and renovation of the historic Webster Hall entertainment venue in New York City. Matt has also led naming rights deals, including guiding Oracle on its landmark acquisition of the naming rights to the San Francisco Giants park, now known as Oracle Park. He also advises sports and entertainment clients on programming and promotional services agreements. In addition to his established sports and entertainment practice, Matt represents clients in a variety of industries, including regulated industries, such as health care matters involving services, facilities, insurance, technologies, and medical devices. Matt is also committed to pro bono matters, including representing distributed energy service companies providing access to energy and light to off-grid and underserved regions of Africa.

In addition to his established sports and entertainment practice, Matt represents clients in a variety of industries, including regulated industries, such as health care matters involving services, facilities, insurance, technologies, and medical devices. Matt is also committed to pro bono matters, including representing distributed energy service companies providing access to energy and light to off-grid and underserved regions of Africa.

Matt is a graduate of Rutgers, The State University of New Jersey. He earned his law degree from Benjamin N. Cardozo School of Law. Matt lives in Colorado with his wife, Blake, and their two children Ariana and Aaron. He also likes to think that the Colorado Rockies will win the World Series in his lifetime.