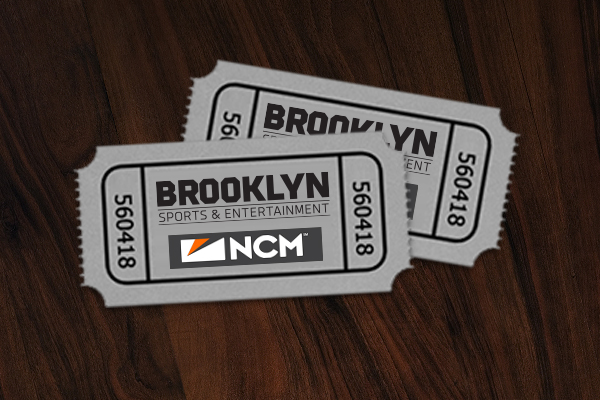 Brooklyn Sports & Entertainment is bringing artists and athletes to the big screen.

In a unique in-theater alliance with National CineMedia (NCM), Brooklyn Sports & Entertainment (BSE) is premiering a campaign to promote artists who play Barclays Center through video content on 441 movie screens across 36 movie theaters throughout the New York metropolitan area, including the top grossing theater in the U.S., located on W. 42nd street in Manhattan.

BSE’s trailers featuring upcoming concerts and other events at Barclays Center, such as the Brooklyn Nets, the New York Islanders, boxing and college basketball, will run before every movie showing across all ratings as part of NCM’s FirstLook pre-show. In addition to the big screen, BSE’s ads will run on NCM’s Lobby Entertainment Network in each participating theater. The videos will also appear digitally across mobile, web and social media through NCM’s Cinema Accelerator, which identifies moviegoers’ mobile devices as they enter a theater and re-engages the audience with BSE’s brand messages wherever they are consuming entertainment content.

The unique deal will expand the BSE footprint, while generating exposure for artists and athletes to nearly 20 million moviegoers throughout the New York metropolitan area.

“We are excited to bring the biggest artists and athletes to the silver screen,” said Brett Yormark, CEO of Brooklyn Sports & Entertainment. “This cinematic presence serves as a marketing differentiator for us by creating incredible value for the artist community, connecting them to fans in a non-traditional way. In addition, it not only positions BSE in front of a huge audience that is predisposed to entertainment, but it sets us apart in the industry by further diversifying the ways in which we reach fans.”

The marketing partnership marks the first-of-its-kind for NCM in the New York area, making Barclays Center, the Nets and Islanders as the first entertainment venue and professional sports teams to have a starring role in NCM’s FirstLook pre-show in New York City, Long Island, and Westchester.

“This is the ideal partnership between entertainment venues,” said NCM President Cliff Marks. “Movie audiences and sports and concert audiences are often one and the same — they love a great entertainment experience. So it makes perfect sense for BSE to reach out to our millennial moviegoers on the big screen, in theater lobbies, and on their digital devices to let them know about the next hot ticket in Brooklyn.”