Brooklyn Nets to Host Annual Practice in the Park on Sunday, Oct. 9 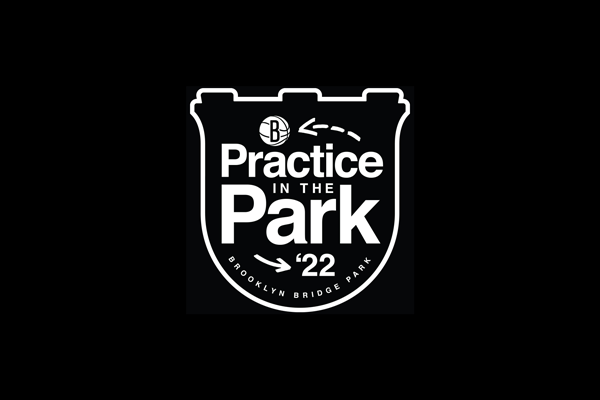 Brooklyn Nets to Host Annual Practice in the Park on Sunday, Oct. 9

BROOKLYN – The Brooklyn Nets will host their annual Practice in the Park on Sunday, Oct. 9 at Brooklyn Bridge Park’s Pier 2. Fans are invited to watch the Nets take the court as they prepare for the upcoming season with one of New York City’s most iconic views as the backdrop. This is the sixth time the Nets have held their open practice at Brooklyn Bridge Park.

The free, open-to-the-public event begins at noon and will feature elevated entertainment throughout the afternoon to tip off the team’s celebration of 10 Years in Brooklyn. This year’s Practice in the Park will include musical performances by Joey Bada$$ and Flipp Dinero and prior to the team’s practice, the Nets will host the first annual Brooklyn Park Classic presented by SeatGeek – a 5v5 game featuring notable celebrities and influencers – with teams coached by Nets legend Kerry Kittles and New York Liberty player DiDi Richards.

After the team’s practice is complete, Brooklyn Nets players will recognize deserving children from the community on-court, and personally give them their jersey to keep. The children have been identified through the Nets’ community partner organizations.

Practice in the Park will also include performances by the Brooklynettes Dance Team, Team Hype and The Brooklyn Nets Beats Drumline, merch giveaways, food trucks and more. Additionally, there will be a barber shop on-site as well as interactive photo opportunities, including a station where fans can pose in a Nets press conference setup and enter to win a year’s supply of BioSteel. Prior to the team taking the court, community programming will feature youth from the Nets Academy and a girls basketball showcase featuring some of the best middle school hoopers in the city.