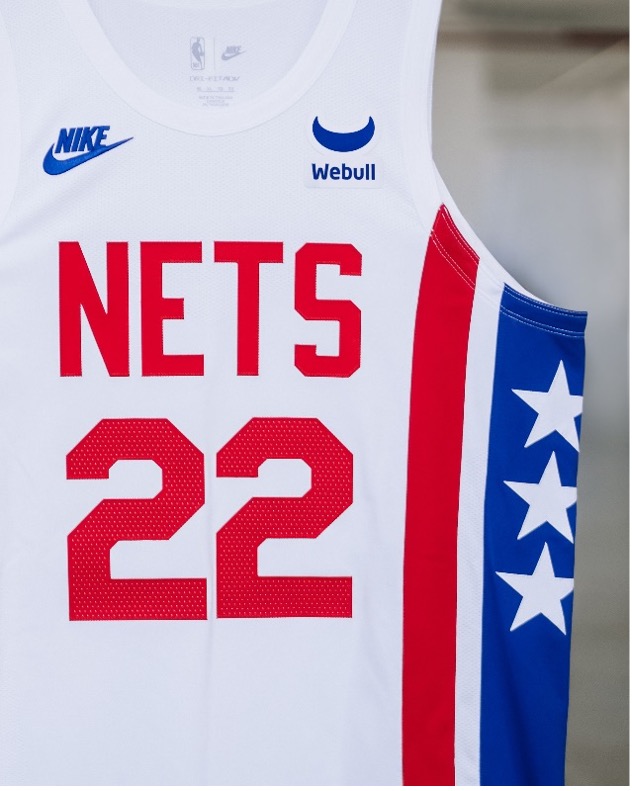 BROOKLYN – The Brooklyn Nets are bringing back the famed fan-favorite Stars and Stripes uniform for the upcoming NBA season with the unveiling of the team’s 2022-23 Classic Edition uniform. This throwback classic was debuted 50 years ago in 1972 and worn by the Nets until 1981 – one of the most iconic eras in franchise history.

“The revival of the Stars and Stripes uniform is exciting for both the longtime supporters of the Nets and an entirely new generation of fans,” said Andrew Karson, Senior Vice President of Brand Marketing, Strategy and Solutions at BSE Global, parent company of the Brooklyn Nets and Barclays Center. “This uniform was immensely popular and has become synonymous with one of the greatest periods in Nets history, and we’re looking forward to seeing its return to the hardwood in front of our fans in Brooklyn this season.”

Designed by Nike, the new uniform is a replica of the white Stars and Stripes uniform first worn 50 years ago. The jersey boasts the red NETS wordmark across the chest and the signature blue stripe with three white stars is flanked by two red stripes down the left side panel. The pattern continues through the shorts, which feature two white stars.

The Stars and Stripes uniform has shown up throughout various moments in pop culture, including being featured on the cover of the NBA Street Vol. 2 video game that was released in 2003. More recently, the uniform was ranked in the Top 10 of ESPN’s all-time best jerseys in NBA history.

The Nets introduced their Stars and Stripes uniforms in February 1972 when the team started playing in Nassau Coliseum on Long Island. Beginning with the team’s run to the ABA championship series that season, this uniform became a symbol of the Nets’ dominance in the ABA’s final years, with Julius Erving winning three MVP awards and the Nets winning championships in 1974 and 1976. The team later revived the Stars and Stripes uniforms and wore them once again from 1983 to 1990.

The Nets’ 2022-23 Classic Edition uniforms will be available for purchase online at netsstore.com and in person at the Nets’ team store at Barclays Center, Brooklyn Fanatics, beginning this fall. To be notified when the collection goes on sale, click HERE.