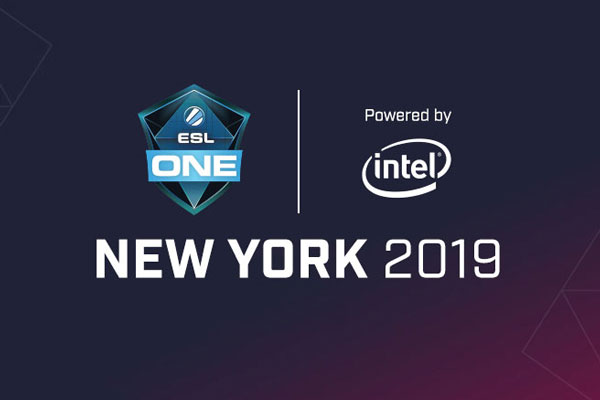 ESL, the world’s largest esports company, today announced ESL One New York powered by Intel®, will bring esports back to Barclays Center for the fourth consecutive year on September 28-29, 2019. Following three days of competition, the two-day playoff event will feature the world’s best Counter-Strike: Global Offensive (CS:GO) teams battling for their share of a $200,000 prize pool, as well as the Season 2 finals for ESL Mobile Open presented by AT&T and the return of the MSI Gaming Arena (MGA).

“Barclays Center has become a premier destination for live esports events, and we are thrilled to welcome ESL One New York back to our arena for the fourth consecutive year,” said Brett Yormark, CEO, BSE Global. “Hosting ESL One New York is a terrific example of how esports and mainstream entertainment complement one another, and we look forward to continuing to play a role in the growth of esports worldwide.”

The various tournaments and fan activations make ESL One New York an unforgettable esports experience. Tickets for ESL One New York powered by Intel® will be available on Friday, May 3 at 8 a.m. PT / 11 a.m. ET / 5 p.m. CEST at http://esl.gg/nytickets.

“ESL One is a flagship event for ESL, and we are thrilled to be back at Barclays Center for the fourth year in a row,” said Yvette Martinez-Rea, CEO, ESL North America. “Along with the world’s best CS:GO competition, we are bringing mobile gaming to the forefront with the season two Mobile Open Finals. ESL One New York promises to be one of North America’s most unforgettable esports events of the year.”

This year’s marquee CS:GO tournament will kick off with six invited teams and two additional teams that earned spots from North American and European regional qualifiers. The eight teams will be split into two double-elimination groups, followed by single-elimination playoffs. The top four teams will then advance to the semifinals on the main stage. The competition will culminate in a best-of-five grand final between the top two teams for their chance to take home the ESL One championship trophy and earn a point toward the coveted $1 million Intel® Grand Slam series.

In addition to world-class CS:GO gameplay, ESL One New York will serve as the culmination of Season 2 of the ESL Mobile Open with founding sponsor AT&T, a North American mobile esports league that provides up-and-coming players the opportunity to shine in front of their peers and compete for cash prizes. This marks one of the first times that amateur mobile gamers will share the main stage with professional esports athletes at an ESL One tournament.

Additionally, the popular MSI Gaming Arena (MGA) will return to ESL One New York. Last year, more than 700 teams from around the world registered for the competition. This year, the MGA championship will feature the top four teams advancing from each regional qualifier, where they will compete for the MGA trophy and prize pool.