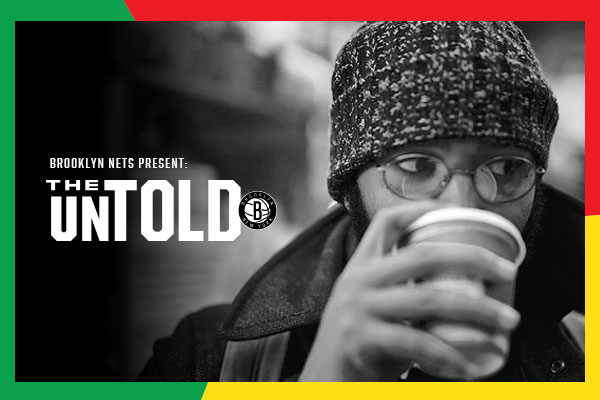 The Nets will release one “Untold” story each day in February online at brooklynnets.com/TheUntold and on social media. Individual stories from “The Untold” will also be highlighted in-game at Nets home games in February.

The Nets partnered with award-winning creator of the “Black History Untold” project, Sofiya Ballin, photographer Joshua Kissi, and BSE Global employee Mendel Murray, to curate the content for the series. Following Black History Month, “The Untold” will be developed into a series of educational modules and integrated into the curriculum for local schools in Brooklyn.

“Black History Month honors the contributions of our Black communities and the countless significant individuals who have impacted our society and whose stories are lesser-known,” Dr. Maurice A. Stinnett, BSE Global’s Vice President of Diversity and Inclusion said. “We hope to leverage our unique position in Brooklyn to both celebrate and shine a light on these stories, and elevate the importance of Black history in a compelling way.”

Black History Month will be celebrated at Nets home games in February through various in-game activations and entertainment, and will have a special elevated presence on Friday, February 8, when the Nets host the Chicago Bulls at Barclays Center at 7:30 p.m.

The Nets will also participate in various community initiatives throughout Black History Month. Nets players will host 20 children from the Brooklyn community on a historical tour of Weeksville on Tuesday, February 5. Weeksville was one of America’s first free black communities during the 19th century, founded by African American freedmen and located in Brooklyn.

Additionally, the Nets and their NBA 2K League affiliate, NetsGC, will attend two community events hosted by the Brooklyn Public Library. On Thursday, February 7, NetsGC player Moshood “SHOCKEY” Balogun Jr. will participate in one of the library’s Black History Month events where he will play NBA 2K with children as part of their Teen Tech Time, and help them create Black Panther-themed arts and crafts. On Wednesday, February 20, a Nets player will attend a premiere celebration of “Stone Stories: Defining Moments in Black History,” a series of video interviews conducted by underserved teenagers from the Brooklyn community that profile individuals who have made a positive impact on their lives.