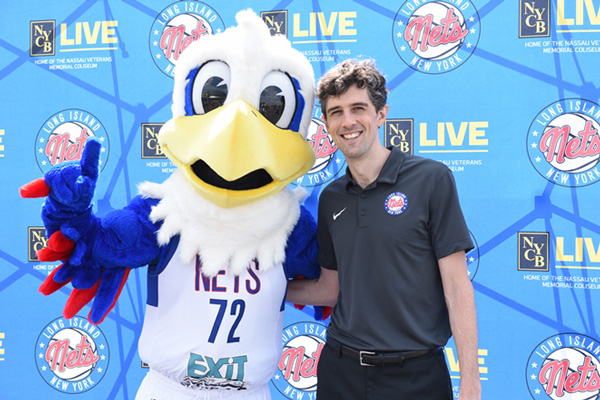 The Fan-designed ‘Dale the Eagle’ Took Flight for the First Time at NYCB LIVE, home of the Nassau Veterans Memorial Coliseum

LONG ISLAND — With the 2018-19 Long Island Nets season on the horizon, a new mascot has landed on Long Island. “Dale the Eagle” boldly swooped into NYCB LIVE, home of the Nassau Veterans Memorial Coliseum today during the team’s inaugural Hoop Fest.

Dale— whose name is derived from Uniondale, the hamlet where the team plays—has built his nest at NYCB LIVE, where he will appear at Long Island Nets home games and community events. The fearless high-flyer sports the colors of the Long Island Nets—red, white, and blue—a tribute to the brave military veterans of Long Island. Dale wears number 72 to pay homage to the year the Nassau Veterans Memorial Coliseum opened.

With a tenacious will to win, Dale never misses an opening to strike, and is known to have a particularly lethal 3-point shot. Fans will see him this season soaring above the crowd with the grace of America’s mightiest bird, keeping a watchful eye and protecting his team.

“In selecting the first-ever mascot, it was important to us to connect the team with the history of Long Island and our home arena,” said Alton Byrd, Vice President of Business Operations for the Long Island Nets. “We are looking forward to the fans meeting Dale this season and seeing him in his natural habitat. Everyone is invited to join Dale’s adventures by following #FlywithDale.”

The Long Island Nets began their search for a mascot, their first ever, in March, looking to their fans for inspiration. Fans of all ages were invited to design and submit mascot concepts that represent what it means to be a Long Islander and that reflect the team’s values of loyalty, aspiration and legacy.

The final selection for the mascot was inspired by a submission from Phil Beck, a North Babylon native and graduate of Farmingdale State College. For the winning design, Beck will receive a trip to the 2019 NBA G League Showcase complete with tickets, airfare and hotel accommodations for two. Beck’s design was selected by a committee consisting of members of the local community and BSE Global. 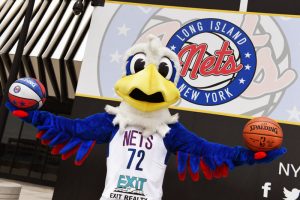 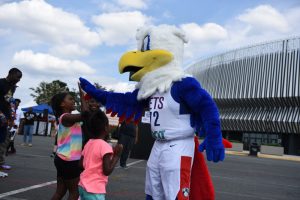 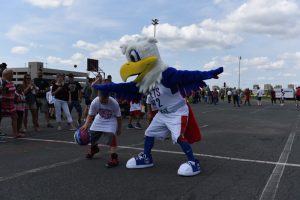 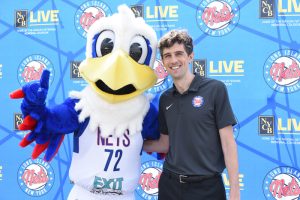 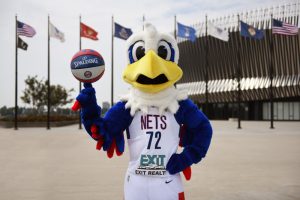