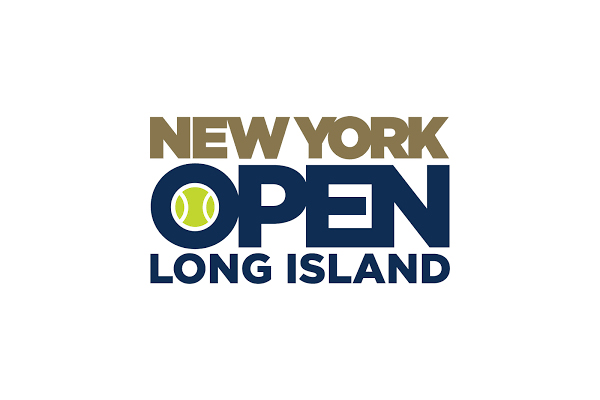 LONG ISLAND (February 10, 2018) – The singles and doubles draws for the inaugural New York Open ATP World Tour tennis tournament at NYCB LIVE, home of the Nassau Veterans Memorial Coliseum, will be highlighted by a strong American showing and exciting matchups.

Mackenzie McDonald, who won the 2016 NCAA Division I Men’s Tennis Championship as a junior at UCLA, was awarded a wild card into the main draw of the New York Open debut. Most recently, McDonald reached the second round of the Australian Open where he lost a hard-fought match against then-No. 3-ranked Grigor Dimitrov in five sets. The 22-year-old also reached the finals of the RBC Tennis Championships of Dallas last month, and in 2012, he was a semifinalist in the Australian Open boys’ singles championship.

In their first-ever matchup, Merrick, Long Island native Noah Rubin, will play Japan’s top player and former world No. 4 Kei Nishikori, who won the Dallas Challenger last week and is making his first ATP World Tour appearance since Montreal last August, after battling a wrist injury. Nishikori is a four-time champion of this tournament week, formerly known as the Memphis Open, prior to the tournament’s move to Long Island.

Fans will have a chance to see American matchups first round, when 20-year-old Frances Tiafoe takes on 2018 Australian Open boys’ singles champion and 17-year-old Sebastian Korda. Ryan Harrison, who won the 2017 Memphis Open tournament and 2017 French Open doubles title, will take on Donald Young, who has been ranked as high as 38 in the world.

Israel’s No. 1 Dudi Sela will play No. 57-ranked Nikoloz Basilashvili, and Jared Donaldson of Australia will take on Ivo Karlovic, who has been ranked as high as No. 14 in the world.

The qualifying rounds for the New York Open will kick off on Sunday, Feb. 11 at 11 a.m., and five players will earn a spot in the singles main draw. Brooklyn native Gary Kushnirovich defeated Vlad Dancu and Matthew Barry in the New York Open Prequalifying Tournament to earn a spot in the qualifying draw. Twenty-one-year-old Christopher Eubanks, who played tennis for Georgia Tech and was named ACC Player of the Year in 2016 and 2017, was awarded a wild card into the qualifying draw.

In the doubles draw, top seeds Bob and Mike Bryan will take on France’s Jeremy Chardy and Fabrice Martin in a rematch. The two teams met in the third round of the Australian Open, where the Bryan Brothers took the match in three close sets. ATP World Tour veteran Max Mirnyi will play with Phillipp Oswald as the No. 2 seeds, and they’ll take on Leander Paes and Purav Raja of India. American teams include John Isner and Sam Querrey, Mackenzie McDonald and Max Schnur, who received a doubles wild card, and Ryan Harrison and Steve Johnson.

The singles and doubles draws are available on NewYorkOpen.com.

Individual tickets for the main draw range from $38 to $72, and VIP packages range from $172 to $343 for the session and can be purchased online at Ticketmaster.com, NewYorkOpen.com and NYCBLIVE.com, or by calling 1-800-745-3000. Tickets can also be purchased in person at the Ticketmaster Box Office at the Coliseum. Players are subject to change, and parking is $15.