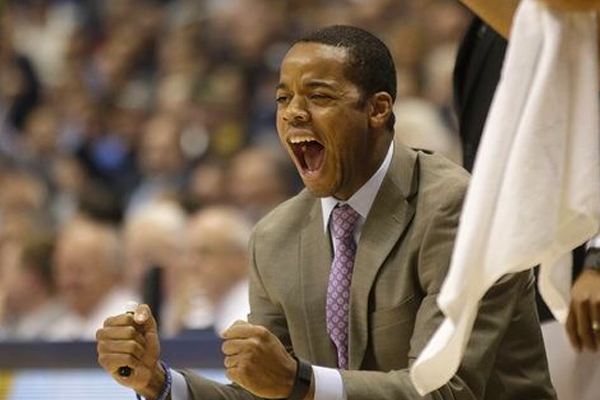 Brooklyn, NY – The Brooklyn Nets have named Ronald Nored as head coach of the team’s new NBA Development League affiliate, the Long Island Nets. Per team policy, terms of the deal were not released.

“We are excited to welcome Ronald as head coach of the Long Island Nets,” said Brooklyn Nets General Manager Sean Marks. “Ronald is a bright young mind in our game whose experience under Brad Stevens as both a player and a coach, as well as his ability to connect with today’s players, have prepared him for this role. His commitment to player development, along with his enthusiasm and passion for the game, are aligned with the vision we have for both the Brooklyn and Long Island Nets.”

Nored spent two seasons (2013-15) with the Boston Celtics organization, splitting time in his first season as a player development coach for the Celtics, while also serving as an assistant coach for their D-League affiliate, the Maine Red Claws. Prior to the 2014-15 season, the Celtics named Nored as player development director, where he took the lead organizational role for the players’ off-court development, in addition to his on-court coaching duties. Nored spent the 2015-16 season as an assistant coach at Northern Kentucky University.

A 2012 graduate of Butler University, Nored was a member of the Bulldogs’ team that reached back-to-back National Championship games in 2010 and 2011. At the conclusion of his collegiate career, Nored, a two-time Horizon League Defensive Player of the Year, held the school record for games played, with 143, was tied for the all-time lead in steals, with 207, and ranked second on the program’s all-time assists chart with 497.