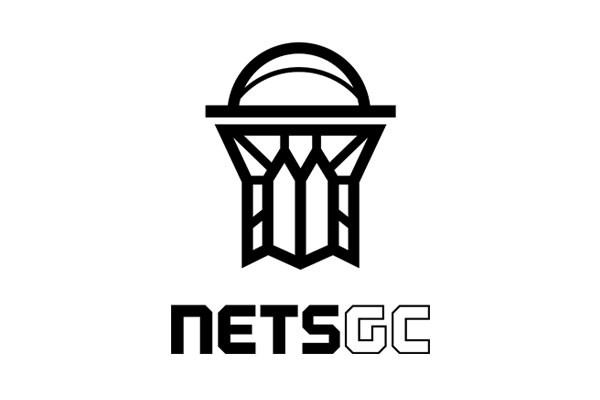 Nets Gaming Crew (NetsGC), the NBA 2K League affiliate of the Brooklyn Nets, has unveiled its logo ahead of its inaugural season in the NBA 2K League. The NetsGC logo was created in-house by BSE Global Creative and draws inspiration from one of Brooklyn’s most famous landmarks, the Brooklyn Bridge.

The mark leverages the bridge’s iconic features to celebrate the heritage of the borough through an edgy design created with distinct lines and sharp angles. The logo also incorporates the design of the bridge reimagined as a basketball hoop, representing the borough’s strong relationship and history with the sport.

“This logo reveal is the first step in hopefully a long and successful journey here in Brooklyn,” Kahl said. “We’re beginning something special over here, and this logo is great representation of Brooklyn’s grit and resolve, the defining characteristics of our team.”

“The combination of the historic Brooklyn Bridge and a basketball net in the NetsGC logo showcases how the sky is the limit for basketball esports,” Balogun Jr. said. “We’re excited about this moment and look forward to competing in the upcoming NBA 2K League season.”

NetsGC has also officially named Ivan Curtiss as Head Coach and General Manager for the upcoming season. Curtiss is currently serving as a special advisor after leading the team through the NBA 2K League Expansion Draft in September. Curtiss will continue to lead NetsGC through the NBA 2K League Draft and will transition into his new role as Head Coach and GM on April 1.

“The only thing I don’t like about Brooklyn is when I leave,” Curtiss said. “I’ve thoroughly enjoyed working with NetsGC the past few months and am thrilled to be staying on with NetsGC as Head Coach and GM for the second NBA 2K League season. This logo reveal is an important milestone for our team and we look forward to many more exciting moments to come.”