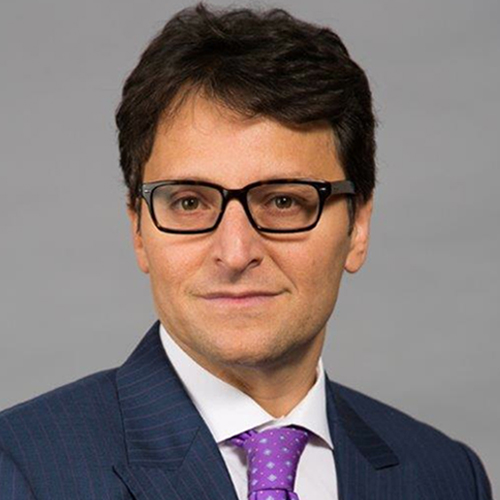 Jeff Gewirtz is the Executive Vice President of Business Affairs and Chief Legal & Compliance Officer for BSE Global (BSE).  Gewirtz joined BSE in May 2007 as Senior Vice President and General Counsel, and he was promoted to his current EVP and CLO position in 2010.

Gewirtz is responsible for BSE’s ownership and his executive management colleagues on key business, strategic, and legal matters for BSE’s current and prior holdings, including the Brooklyn Nets, Barclays Center, the NBA G League’s Long Island Nets, the NBA 2K League’s NetsGC, and, through 2019, NYCB LIVE, home of the Nassau Veterans Memorial Coliseum, and Webster Hall.  Gewirtz has oversight for all corporate, commercial, transactional, media, litigation, and day-to-day business and legal affairs for the BSE companies and ventures.  Gewirtz also works closely with management of Barclays Center on a wide-range of critical arena operations and event programming initiatives.  He additionally has oversight for BSE’s external affairs function.

Gewirtz was a key member of the negotiating team for BSE’s most significant commercial initiatives over the past several years, such as: the 2012 relocation of the New Jersey Nets to Brooklyn; development of the $1 billion Barclays Center; the 2015 relocation of the New York Islanders to Barclays Center and oversight of all legal affairs for the Islanders’ business operations through 2019; team and arena ownership transfer transactions in 2010, 2016, 2018, and 2019; re-development of NYCB LIVE, home of the Nassau Veterans Memorial Coliseum; development of the Brooklyn Nets’ state-of-the-art practice facility, the HSS Training Center; acquisition of the Webster Hall business; and BSE’s media rights alliance with YES Network.

Gewirtz was named to the 2019 United States GC Powerlist by The Legal 500 and in 2015 his legal department was named one of the top 50 in-house legal departments in the United States by The Legal 500. In addition, Gewirtz was named 2014 Sports Counsel of the Year by the Association of Media & Entertainment Counsel, and in 2009 Gewirtz was selected to the prestigious “Forty Under 40” by Sports Business Journal as one of the 40 top sports executives under the age of 40 in the United States. Gewirtz sits on the Board of Directors of the Sports Lawyers Association and he is a past Sports Committee Chair of the American Bar Association’s Forum on the Entertainment and Sports Industries. In 2017 he was appointed to the Board of Directors of the Brooklyn Volunteers Lawyers Project and in 2018 he was appointed to the Board of Trustees of the Women’s Sports Foundation.

Prior to BSE, Gewirtz served as the United States Olympic Committee (USOC) General Counsel and Chief Legal & Government Affairs Officer where he was responsible for all USOC legal matters, as well as the USOC’s government relations activities with Congress and federal government agencies.  Gewirtz has also held positions with: The Coca-Cola Company’s Corporate Legal Division – as Global Marketing Counsel – where he negotiated many of Coca-Cola’s most significant sports industry transactions such as its $500 million+ NCAA Corporate Champion sponsorship and media alliance with CBS Sports; IOC Television & Marketing Services SA – as Director of Legal Affairs – where he served as lead counsel for the International Olympic Committee’s global sponsorship Olympic Partner (“TOP”) Programme in connection with the 2002 Salt Lake Olympic Winter Games and 2004 Athens Olympic Games; the LPGA Tour as General Counsel; and the WTA.  He began his legal career as a corporate associate at the New York City law firm of Dunnington, Bartholow & Miller LLP.

A native of Baldwin Harbour, New York, Gewirtz is a graduate of Tufts University, where he was a four-year member and Captain of the Tufts Varsity Tennis Team his senior year, as well as a member of its New England Championship team.  In 2016 he was appointed to the Tufts Athletics Board of Advisors.  Gewirtz received his law degree from Brooklyn Law School, where he was the recipient of a three-year merit scholarship, from which he is a two-time recipient of its Alumni Achievement Award in Sports Law, and at which he previously served as an Adjunct Professor of Sports Law.

Gewirtz lives in Fayetteville, NY with his wife, Brooke Raphael, who is Vice President for Commercial with Phosplatin Therapeutics, and their two children, Eton and Dalia.