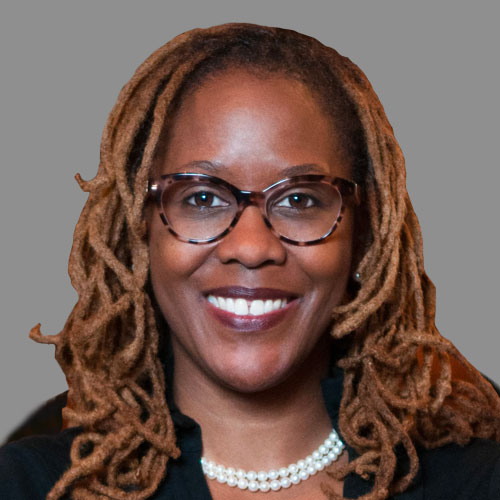 Prior to joining Barclays Center, Erwin served as the Senior Vice President of Business Operations for TD Garden in Boston, Massachusetts, and the Vice President and Chief Operating Officer for the Fox Theatre in Atlanta, Georgia. During her tenure, the Fox Theatre received multiple accolades, including the ranking of #1 Theatre of the Decade Worldwide by Billboard.

Prior to joining Barclays Center, Erwin served as the Senior Vice President of Business Operations for TD Garden in Boston, Massachusetts, and the Vice President and Chief Operating Officer for the Fox Theatre in Atlanta, Georgia. During her tenure, the Fox Theatre received multiple accolades, including the ranking of #1 Theatre of the Decade Worldwide by Billboard. Erwin launched the award-winning Fox Theatre Institute, an innovative community engagement and consulting division that provided more than $3 million in grant funding and support to communities in Georgia. She also developed and led a master plan that enhanced existing revenue streams, introduced new revenue opportunities and improved guest and premium experience assets for the Fox Theatre.

Since 1993, Erwin has worked in various types of entertainment venues including arenas, convention centers and theaters. In Jacksonville, Florida, she held various management roles for SMG-Jacksonville facilities, such as TIAA Bank Field, Vystar Veterans Memorial Coliseum, and the Times Union Center for the Performing Arts. In addition, she also served on the Super Bowl Host Committee and Event Team for Super Bowl XXXIX.

Prior to her position in Florida, Erwin was Director of Guest Services at the American Airlines Center in Dallas, Texas where she created, managed and supervised a guest services department recognized for excellence in service by the National Basketball Association. She served on the Opening Team for this arena and served as the Event Manager for the 1999 Stanley Cup Champion Dallas Stars.

Her additional previous experience in the entertainment venue management industry include positions with Reunion Arena, the Charlotte Coliseum, Mobile Convention and Civic Centers. Erwin received a BA in Physical Education from the University of North Carolina at Chapel Hill and went on to earn her Masters degree from the University of Massachusetts Sport Management Program.

VenuesNow Magazine recognized Erwin as a “Women of Influence” in the music and entertainment venues industry and she was selected as one of the “Women Who Mean Business” by the Atlanta Business Chronicle. She has served as Chair of the Board of Trustees for the IAVM Foundation and is currently 1st Chair Elect for the Board of Directors of IAVM.